There is a beautiful poignancy noted by comparative mythologist, Joseph Campbell (1904-1987) regarding the art of the successful return in the final phases of the hero journey monomyth.

At the commencement of the psychological journey the hero is compelled to undertake, there is something acutely unknown that is missing from the ailing society. The hero goes forth and in a transformative quest finds the boon prize, learning the skills of recognition and recovery on behalf of (and for) their society, if not humanity.

Yet in a somewhat exquisite irony, upon the hero’s acceptance of the completion of the journey and the invitation to return, the prize found remains unrecognised and there is, remarkably, no reception.

As Campbell describes the moment of penultimate accomplishment and validation:

“Bringing back the gift to integrate it into a rational life is very difficult. It is even more difficult than going down into the underworld. What you have to bring back is something the world lacks – which is why you went to get it – and lacking it, the world does not know it needs it. And so on your return, when you come with your boon for the world and there is no reception, what are you going to do?” 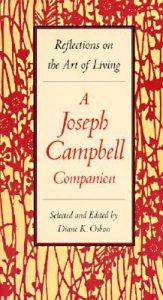 Throughout the journey the hero may refuse the call, falter on the road of trials, fail to find and heed the fellowship of helpers, succomb to the temptations of dissipating distractions, become lost in the underworld of dreams, to turn away in the moment of apotheosis, or seize the boon prize only to retain it with selfishness. All are potential pathways for human falterings.

But perhaps because so few go on the journey and complete its stages successfully, including the eventual return, we forget that the hardest trial is to re-enter, re-awaken and re-new the sleeping society.

In Campbell’s monomyth opus, ‘The Hero of a Thousand Faces’ (1949), this final stage of return is given the title the ‘Freedom to Live’. In becoming the master of two worlds the hero brings the journey’s prize into the realm of the mundane that was temporarily abandoned.

However, there is more to the return than the gifted prize. There is a re-entering into society, as one themselves completed, having become unremarkable and once again ordinary.

Campbell gives three options for the hero in the final moments of the return, which in the time frames of the real world, may take years (if not decades). These are (in paraphrase):

a) retreat back into the woods, in refusal of the return;

b) provide simply what they want, renouncing the jewel gained;

c) with patience and compassion, give in proportion to the world’s capacity to receive.

For some years I have described these options as the Threefold Quest of the humanity contributive. These are:

To opt in – is to participate in the sick society as if the illness can be cured by your immersion and participation, hoping to cure from within by one’s own resilience to the unhealth of the continuing dissipative condition.

To opt out – is to renounce the irrational and elect that participation is optional, finding in the separation from society, one may lose involvement with the madness, but also all its beauty.

To opt for – is to reinvigorate one’s own centre of compassionate contribution, to be within and not apart from, yet to hold all the world in the loving embrace of connected caring.

Each takes courage, each takes effort, all that changes is the location one chooses to reside in and contribute from.

The question that ends the hero’s quest is how to be the ‘dancer in two worlds’ and how to reside with composure and completeness in peace. To use Campbell’s summation:

The heroic quest invites participation by genders equally, which will engender both support and opposition differently. Campbell notes, as the alternative to the achievement based quest, that the heroic feminine encounters difficulties and advantages which are not those the masculine hero meets, although ‘the stages of the inner journey, the visionary quest, are the same.’ (p. 227). To recast the return into the feminine, is to find the jewel prize, may actually be a relinquishment; the bringing into being of a new birth.

It is this theme of the hero in return being the giver, not of restoration, but of renewal and reinvigoration that has relevance in the practice of apithology. In the threshold crossings of the heroic journey the hero moves outside of time, finding what is present from the mythology of the past, as a redemption gift for the children of the future.

The theme is expanded on with Campbell (1949) saying:

“The hero is the champion of things becoming, not of things become, because he is. He does not mistake apparent changelessness in time for the permanence of Being, nor is he fearful of the next moment (or of the “other thing”), as destroying the permanent with its change. Nothing retains its own form; but Nature, the greater renewer, ever makes up forms from forms. Be sure there’s nothing perishes in the whole universe; it does but vary and renew its form.” Thus, the next moment is permitted to come to pass.” (p. 209)

Perhaps this is what the quest of apithology, in its asking of questions differently, offers to a society in its unchanging response to change. The heroic edge is to find the forms that are made from the formations of forms themselves; to renew without waste, to bring into being  without haste, to allow the unfolding within a greater ‘natural grace’.

In the return, we find that the motivation for the journey, foreshadows the success of the conclusion. Perhaps the real clue to the finding of virtuous closure comes from the final scene in Act III of Wagner’s ‘Parsifal’, where the libretto reads:

PARSIFAL:
Be whole, absolved and atoned!
For I now will perform your task.
O blessed be your suffering,
that gave pity’s mighty power
and purest wisdom’s might
to the timorous fool!

… for the fool discovers that the unbearable suffering of others, is the true source of the generative wisdom and compassion needed to complete the journey, for those who cannot undertake the quest themselves.

It is only in the successful return the hero fully discovers that: ‘We cannot cure the world of sorrows, but we can choose to live in joy.’ (1991, p. 289). The key instruction is held in the phrase:

With the perspective of life lived and roads travelled we find, however, that even in allowing radiance and the natural blooming of the healthy society, the hero never comes to a complete rest. As George Clooney’s character, Ulysses Everett McGill, reflects at the conclusion of the Coen brothers, Joyce-like fable, ‘O Brother Where Art Thou’:

“Don’t mind telling you I’m awful pleased my adventuring days have come to an end.

Time for this old boy to enjoy some repose.”

… before in humour finding the journey has just, once again, begun.